Linear expansion in Freres Lumber’s Mass Ply Panel has been proven in testing to be minimal, adding to the list of benefits of this new building material.

When wood gets wet from rain or humidity, it swells. As it dries out, it shrinks. This phenomenon is commonly referred to as “linear expansion.” Wood is an anisotropic material, meaning it has different properties in the different directions, i.e. thickness, length, and width direction. When it comes to shrinking and swelling, it can change significantly in each direction. Lengthwise (direction of the grain) has the least amount of change. Where across the growth rings has a little more and along the growth rings has the most (see figure below).

There is no exception with veneer-based engineered wood products. However, depending on the construction of the material they can have superior stability. Meaning, they don’t cup, bow, and twist like solid wood does but you still must be mindful of dimensional change in design. 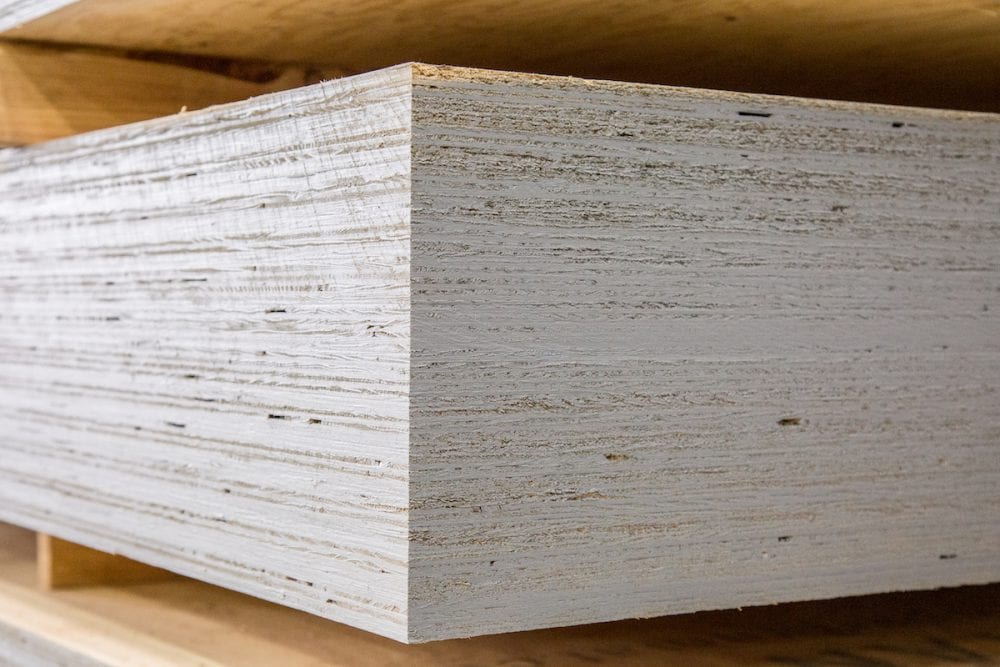 With Mass Ply, veneer gets peeled off the log along the growth rings. The width direction of a 4’x8’ piece of veneer will shrink and swell the most. However, this significant growth isn’t seen in Mass Ply because it is cross-laminated. As one piece of veneer tries to shrink, the one next to it going in the opposite direction is going to resist it from shrinking, thus, making it dimensionally stable in the width and length direction.

Most of the growth is seen in the thickness of the panel. However, this growth is happening across the grain direction and therefore less growth than along the grain direction. Meaning, the point where the largest growth happens in solid wood is controlled by cross laminations, thus making it that much more dimensionally stable. 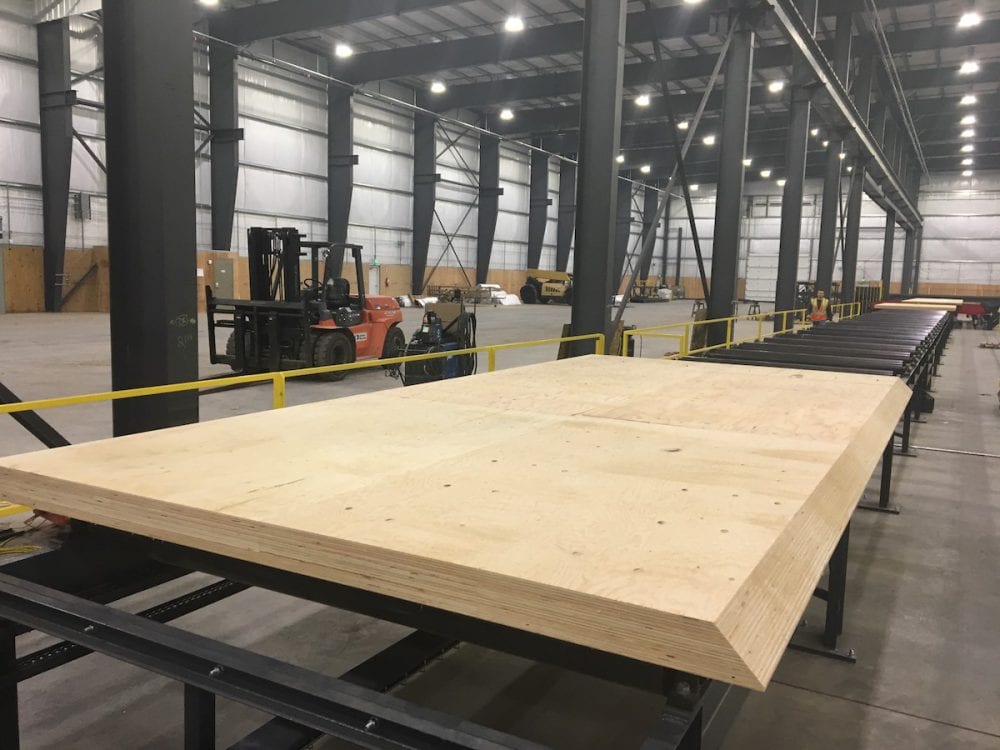 The APA has performed a number of tests on our 1-inch lamella that makes up the Mass Ply. The tests showed an average linear expansion of 0.16% along the length and 0.27% along the width; this represents Mass Ply total potential.

What does this mean? Wood only experiences dimensional change up to about 30% moisture content (MC). At that point, the cellular walls of the wood are completely saturated. Anything beyond that is considered free water and doesn’t affect the dimensional stability of the wood. Therefore, Mass Ply is manufactured at about 8% MC. Let’s assume that it hits 20% MC during construction. Given Figure 1 below, from 8% to 20% is about 30% of Mass Ply total potential (the change in Relative Linear Expansion from 8-20% MC). Therefore, 30% of 0.16 and 0.27% is 0.05% and 0.08%, respectively. With an 8’ wide panel the width would increase width about .08”. That’s a little over 1/16 of an inch.

Data from the APA was for the length and width only on 1” samples. So, we decided to do some test on our 4” and 6” Mass Ply and measure the growth in thickness. Following a very similar method employed by the APA, we soaked the specimens under vacuum, then pressure, and then oven dried them.

The soaked samples increased in weight by more than two times the original weight. After drying both thicknesses they were 6% less than the original weight. When the specimens were fully saturated, we saw an increase in thickness of 7% for the 4” and 6% for the 6”. After oven drying, the permanent thickness swell was a 1% increase for 4” and a 2% increase for 6”. The length and the width swell, as anticipated, was quite minimal.

The shrinking and swelling of Mass Ply should always be considered in design. It’s a natural phenomenon that can’t be ignored. Fortunately, Mass Ply is an extremely stable product that won’t require significant accommodations and doesn’t suffer from twisting, cupping, and bowing. Mass Ply’s stellar linear expansion qualities are another reason that Mass Ply is a desirable material to design and work with.