When we initially began constructing our engineered Mass Ply Panel one question continually asked of us was, “What applications do you see your wood product used for in the future?” The answer always came back to, “The applications are only limited by the imagination of our customers.” That answer was confirmed in short order by Alex and Josiah Zukowski and their team from MW Design Workshop. By a sheer case of serendipity, Alex had heard of our new product shortly before he was asked to design a spiral staircase for my home. 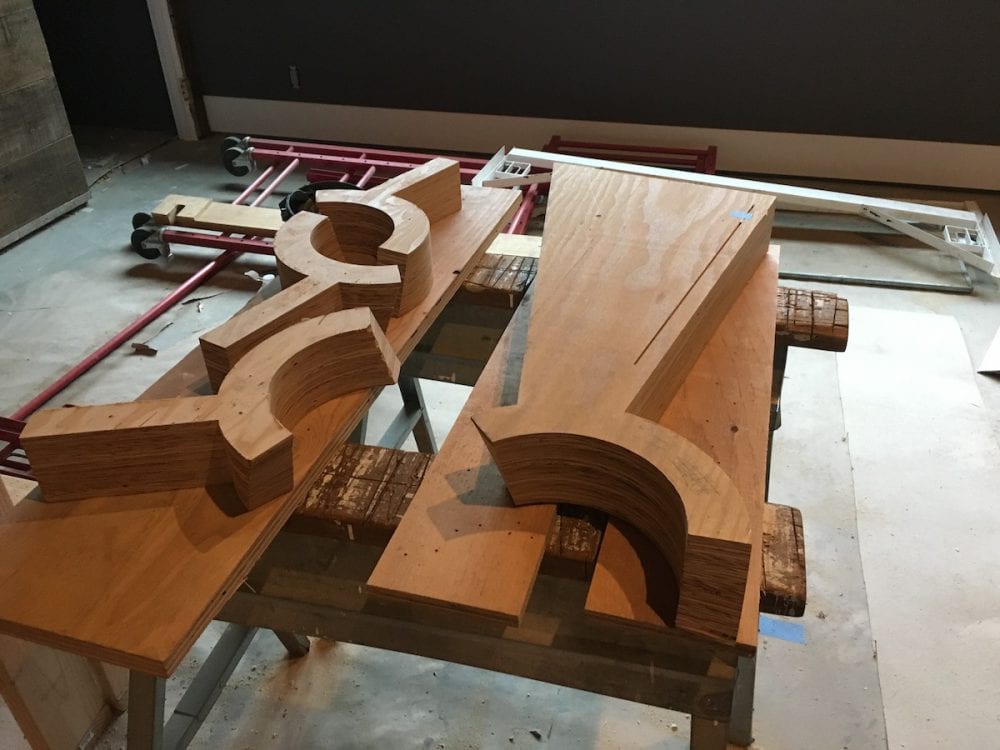 Their company specializes in unique design applications that are typically a mix between wood and steel. We had envisioned a spiral staircase with a bookcase surround, so the stair’s design became a Mass Ply spiral with treads and a steel bookcase framing it on two sides. This was a project the MW Design team was uniquely suited for. 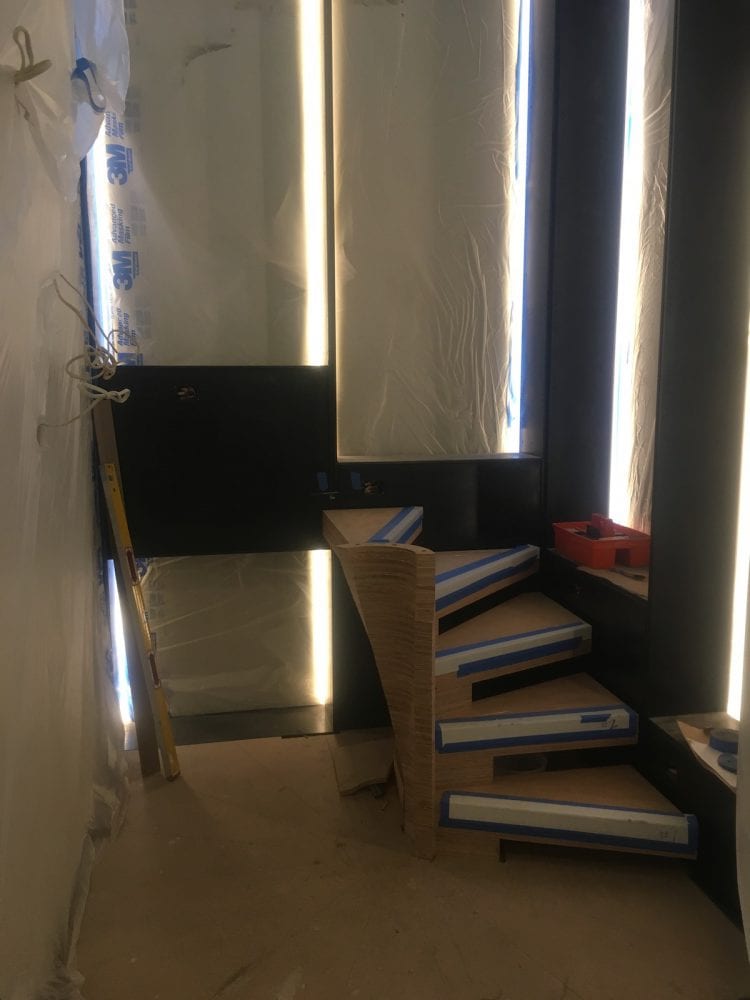 Five-inch Mass Ply was provided for the material. Each five-inch section was downloaded to the Computer Numeric Code (CNC) machine, which alternated in cutting out either a tread or a corbel that would provide additional support to the tread above. Due to the geometry of the space and the spiral in the center stile, there were no duplicate pieces. Each five-inch cross section had to be “CNC’ed” individually. 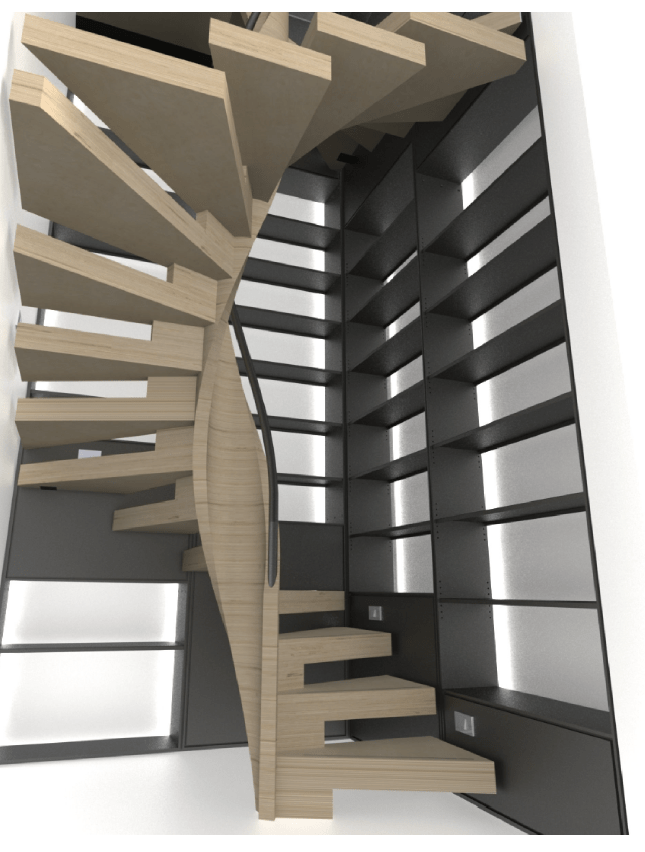 During assembly, each section was stacked, glued and screwed together in order to build the spiral, literally, step-by-step from the first floor to the second.

I am only aware of two separate issues faced during the manufacturing and construction process. Mass Ply can splinter when being cut on the CNC and care had to be taken to avoid excess splintering with a machine cut. Some sacrificial pieces were made to overcome this issue. 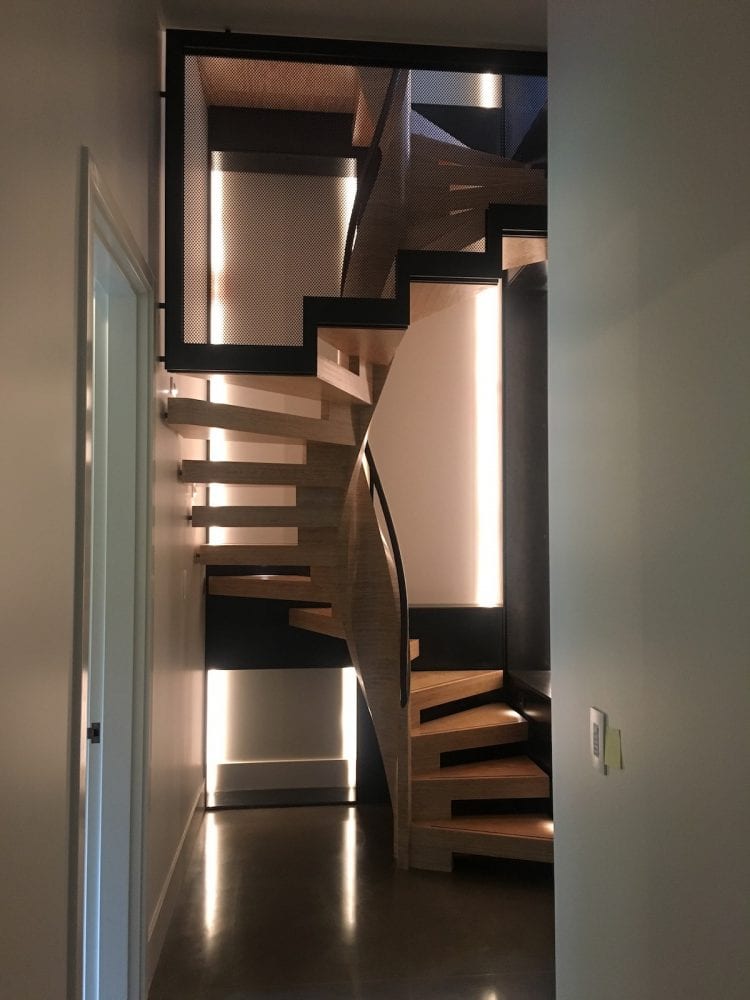 The second problem was an engineering issue, and not a manufacturing one. The center spiral was designed to have a very slim, elegant profile, while also remaining freestanding. The spiral twist, which is a major design element of the stair, began to act as a spring and allowed some movement of the treads. Since this wasn’t acceptable, supports were added from the wall to the tip of the tread to solve the issue with additional stability. 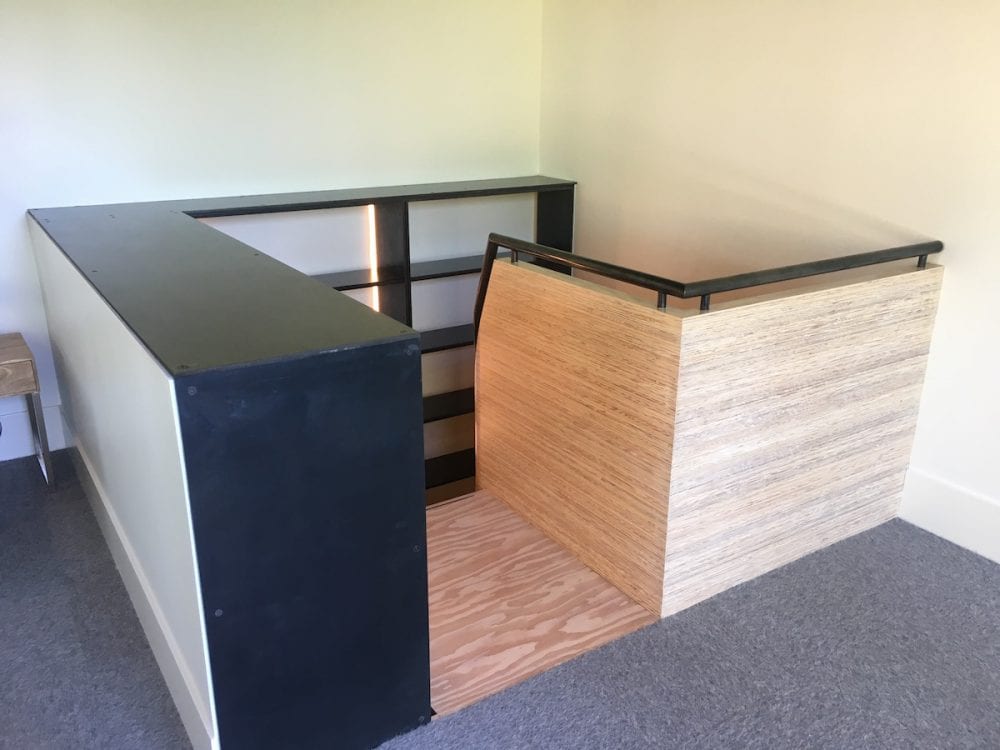 A landing at the top that leads to an upstairs sitting room completed the stair and a thin Mass Ply wall was constructed to truly highlight the veneer layers in the Mass Ply product.

The stairs are finally complete, and they are stunning! Kuenzi Electricprovided for lighting around the stairs, and Hunt Paintingcompleted the finish, which was left clear to allow the veneer grain to show through. Sam Keightly with CD Reddingmanaged the project. The craftsmanship that went into this product was amazing, and they are truly a showpiece for the house and an illustration of the flexibility of our product. Thank you to those who made this staircase a true work of art and a beautiful case study of Mass Ply’s limitless design potential.