This last summer, as many of you were driving through the Willamette Valley on your way to summer vacations, you may have noticed that there are significant numbers of standing dead trees along the roads and scattered through our forests. Many have noticed these trees’ needles have turned brown, or their tops have lost greenery. The question is often posed to us: what could have caused this large-scale die off? 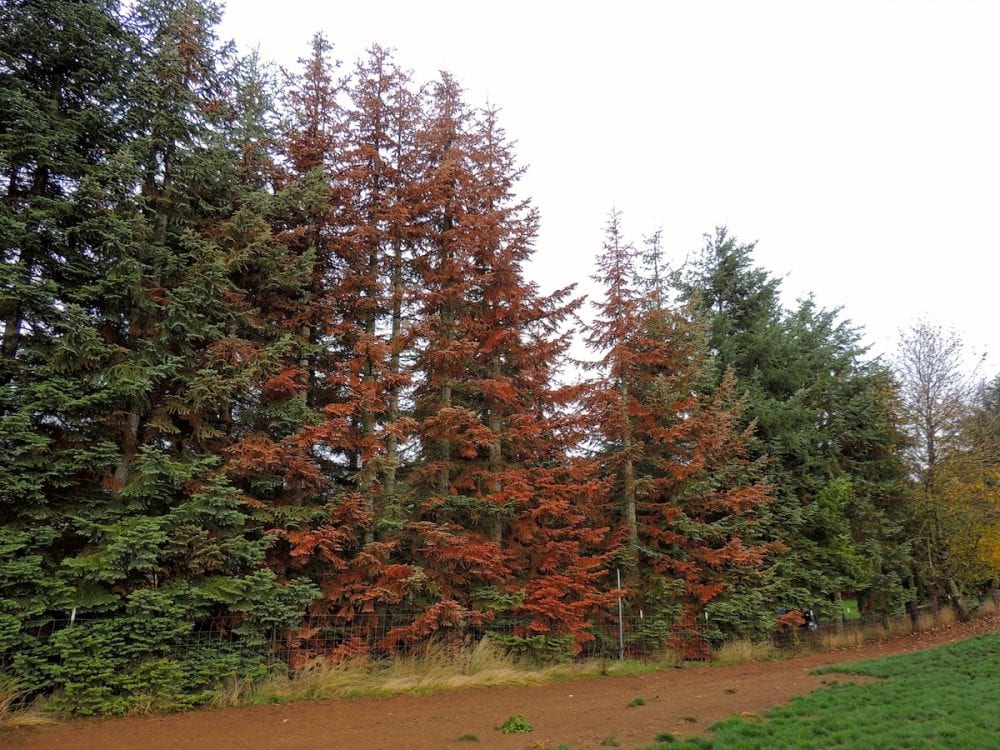 Often conifers like Douglas or Noble Firs will show stress first by “flare out” where some branches or the tops of the trees will turn brown and then change to red. There are most likely a combination of factors that have led to this tree mortality.

Some of the most common factors leading to tree mortality are drought, over-competition, soil quality and insect infestation. Though it may seem that the Willamette Valley is the perfect growing ground for trees, according to this article by Brad Withrow-Robinson “Summers are significantly hotter and drier in the Valley than in the mountains, and we have many poorly drained or shallow soils that are not well-suited to many kinds of trees.” Though the Valley may have fertile ground for agriculture, that does not mean that all varieties of trees and plants will find this area habitable. 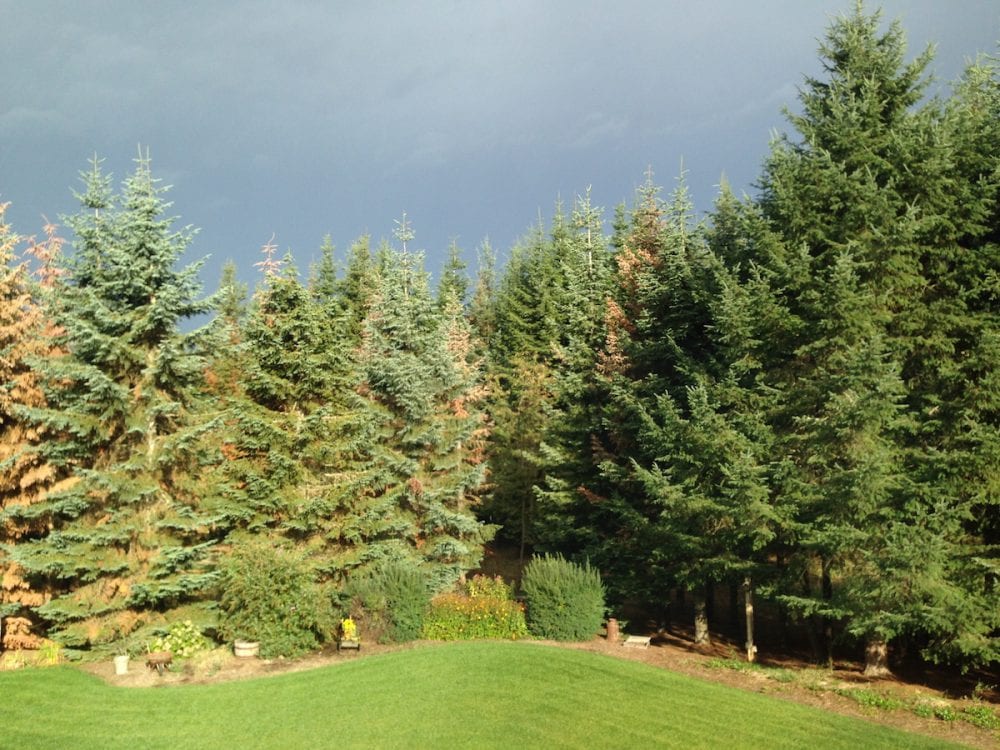 Some species of trees are not as capable of surviving at lower elevations, and some of the trees purposely planted in the area are not necessarily suited for the environment. An example of this could be decorative trees around homes or privacy trees along property lines. When it comes to conifers such as Noble Firs, as explained by Marc Desjardin who is a Stewardship Forester with the Oregon Department of Forestry (ODF), “Most Noble fir trees were planted for Christmas trees and have an 8-10 year rotation. Usually they’ll survive, but with the lack of water and drought, once they’re past that point, not being primarily suited for the site becomes more evident.” 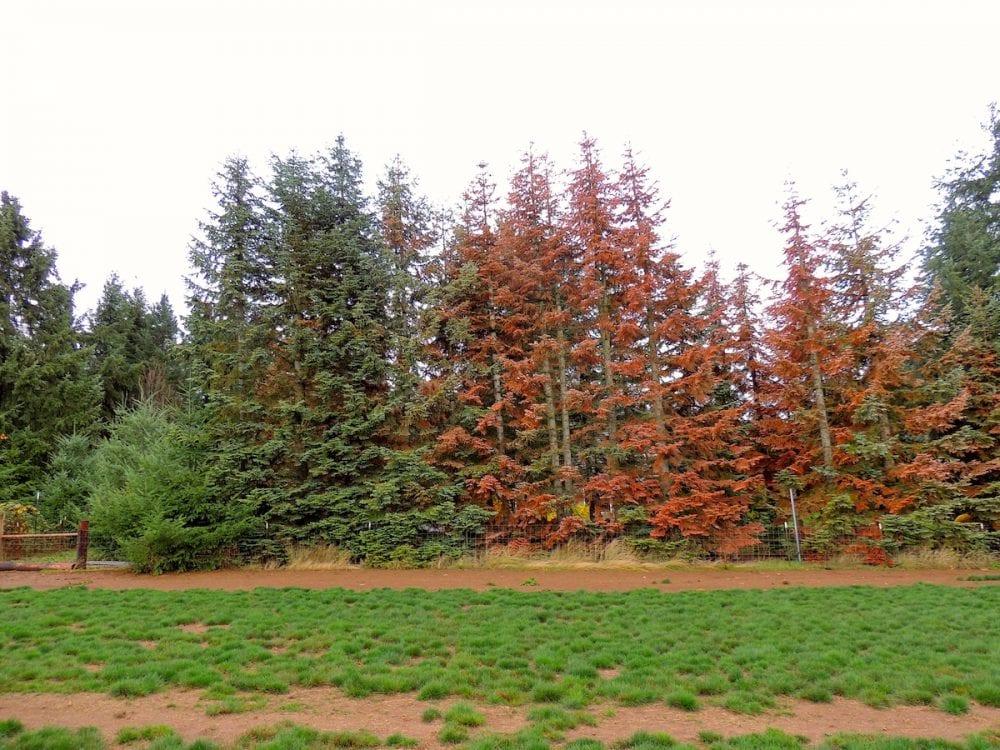 Perhaps the largest factor is drought. A significant portion of the Willamette Valley die-off began in 2014, following a severe summer drought season in 2013. Before that year, the most recent drought conditions in the area were experienced in 2000, according to the same Oregon State article by Withrow-Robinson cited above. Over the last few years we have had a series of drier, longer summers, which have had a cumulative adverse effect on the forest health in the Valley.

Some forest health issues are a combination of these issues. Once a tree is stressed and vulnerable, it may often lead to infiltration by insects such as the twig weevil or the bark beetle, or even fall prey to different diseases that a healthy tree would have easily shrugged off.

The environment around us is constantly changing; therefore, the plants and trees that thrive in that environment are changing with it. Often the changes only affect the periphery and are difficult to notice without paying close attention, and sometimes those changes are starker. The ODF has an informative flier with recommendations to improve forest health in drought conditions which can be found here.