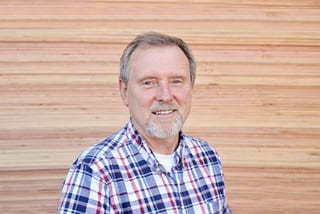 clocked in at Freres Lumber Company on March 27, 1969 he brought with him a dedication that would carry him through forty-six years of steady growth within our company. Nearly half a century later, Norm is the go-to man for our junior employees who rely on his leadership and extensive knowledge of our company and the lumber industry as a whole.

It was Norm’s mother, a former Freres secretary, who first suggested he apply for a job with us and he quickly found himself working on the green chain under the supervision of Ken Ballswell. From then on he worked every job around the mill until he had learned them all and still has many wonderful memories of time spent with co-workers at our plants.

One such memory, Norm recalls, comes from a log pond before we moved to dry log handling. He had been untangling and pushing a load of logs into order when a pine log with a large butt drifted under the bow of his boat. It lifted the bow out of the water and stranded him on top of the log. He did everything he could to get the boat free but as it began to roll beneath him Norm made a desperate scramble to stay out of the water. He remained dry but ended up sitting on the keel of the boat when it was upended and stuck on top of the log. To this day he still fondly envisions T.G. Freres and the barkers shaking their heads at the spectacle. 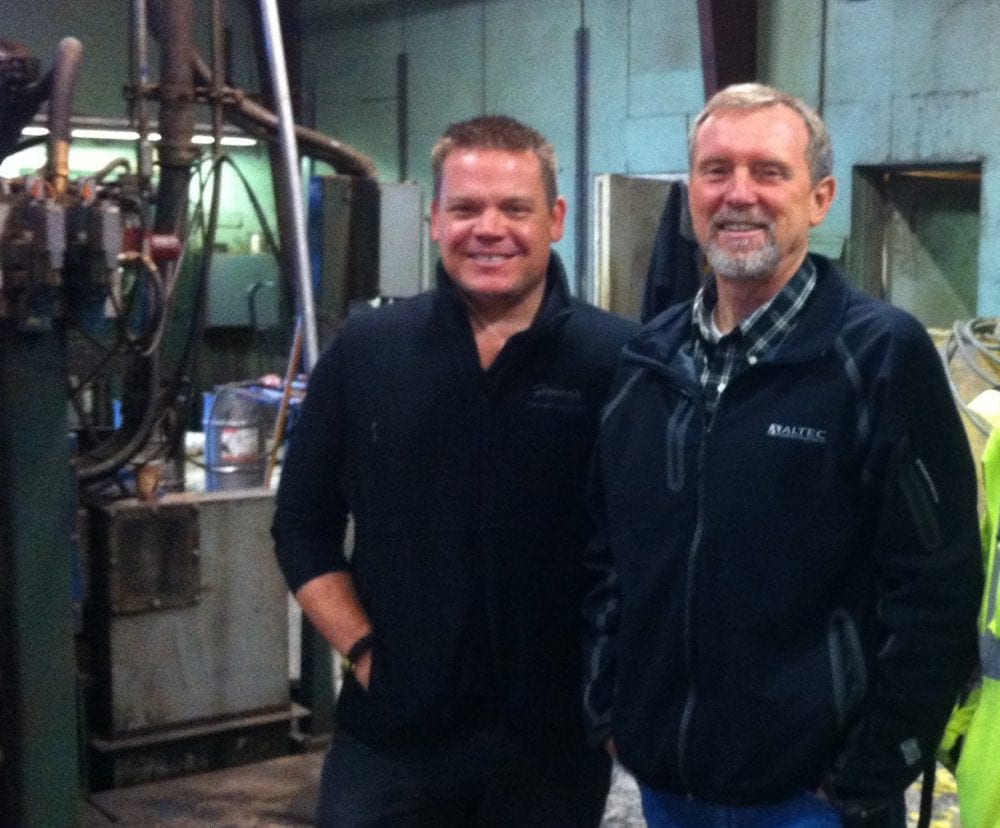 As Norm grew with the company other opportunities presented themselves and he moved into different positions, gaining a thorough knowledge of the plant’s operations under the tutelage of plant manager, Ron Johnson. Eventually, this knowledge led to a management position of his own when Johnson retired in 1992, and then onto roles as manager of the small log veneer and stud mill plants, until finally landing his current position handling all lumber sales for the Company. Norm’s knowledge and experience are second to none in an industry that he has lived and breathed most of his life, and his reputation as one of the hardest working people at Freres is well deserved. It’s not unusual to drive past the plant on any day of the week and see Norm’s car parked outside his office.

The Freres family has many wonderful personal memories of Norm, his wife, Bobbie, and their son, Mike, including a trip to Finland with Rob Freres as part of the HewSaw Wood Safari. As kids, my brother and I spent hours at their home and we have seen firsthand the amazing, successful, and loving family he has raised.

Norm has been with the Company through the many changes we’ve experienced during the last fifty years. New technologies and operational practices have increased the pace of the mills, creating new responsibilities that challenge all of us, and Norm has always taken them in stride. With his extensive knowledge of the industry and dedication to producing superior products, Norm continues to exude the high standards we value at Freres Lumber Company.