A few years ago, we modified our spreader line in Plywood Plant 3 to receive sheets from a vacuum feed system. The changes were primarily made to produce billets for our new Mass Ply Panel facility, allowing for greater flexibility of sheet combinations for our certified Structural Composite Lumber (SCL) products which are the building blocks of Mass Ply. While we temporarily gained in the flexibility the system provided, production through the line was reduced significantly over a traditional spreader line.

We worked with Pre-Tec, a division of Willamette Valley company, to improve the production of the spreader line through simplification and automation. Since we were no longer using the spreader line to manufacture the complicated layups required by the Mass Ply plant, we were able to reduce the number of grades required for layup to three grades: the face, the back, and the center. With just these three grades we were able to design a system that replaced a complicated 6-bin vacuum feed system and shuttle with just two 5-axis robots, while cutting the footprint of the existing line in half. 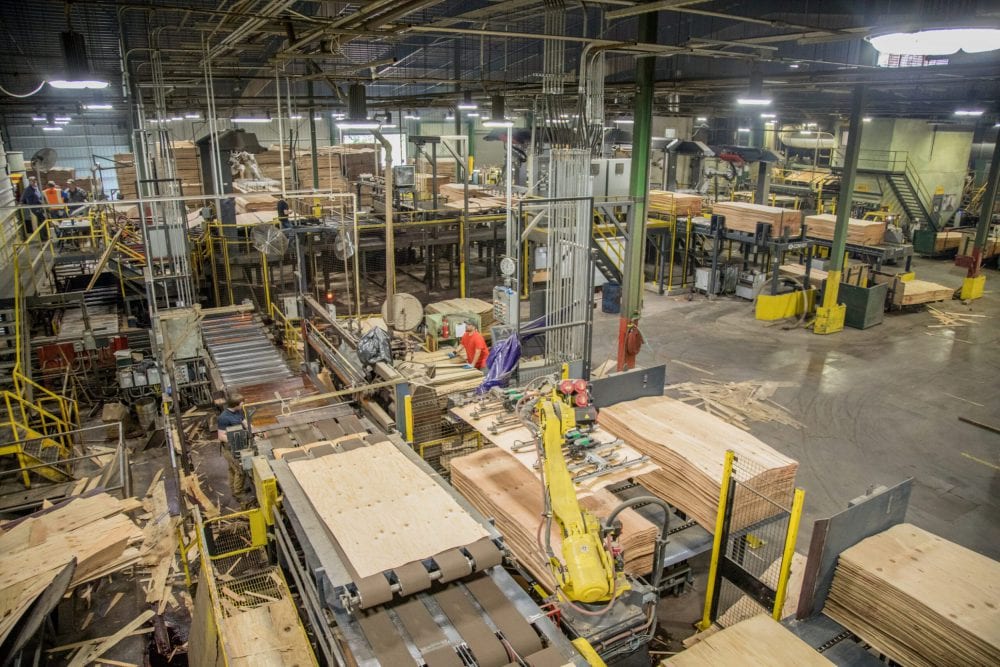 The spreader line was installed in two weeks, including troubleshooting, and we saw immediate improvement in production. Compared to the old system, which admittedly had its issues, monthly shift averages are up 25%. A portion of the production was realized through fewer plug-ups and damaged sheets, which has improved the fall down on the line and therefore profitability. Fewer plug-ups means less intervention by operators, which increases job satisfaction. 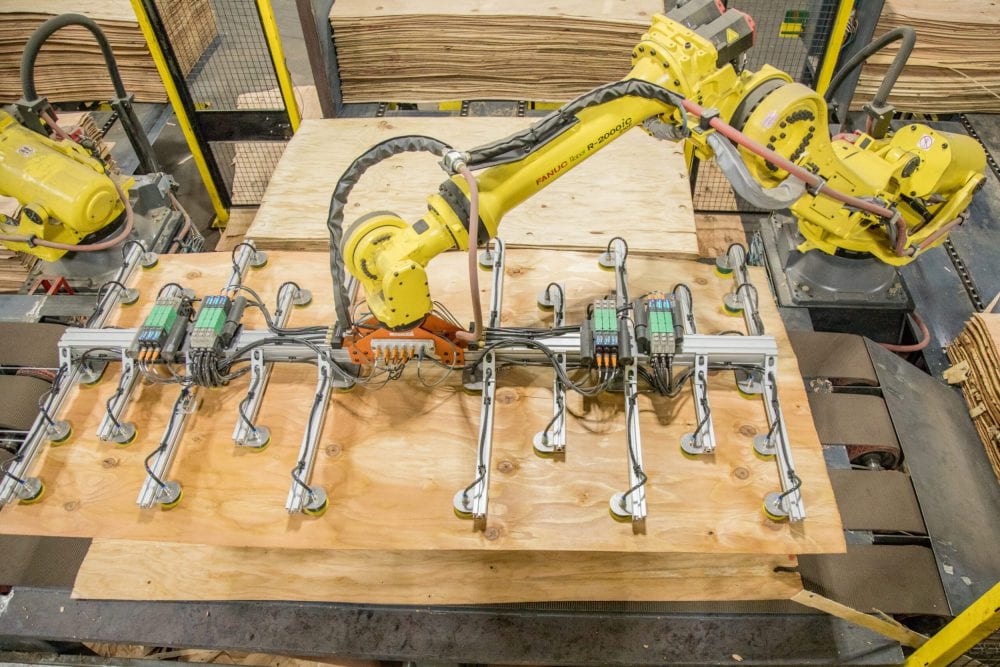 All this said, we have not solved every problem with the line. Full-sheet wood quality is important for the robots to feed properly. Though the head design is forgiving, spits in the veneer can cause sheets to hang down and break off the head, disrupting the robots. If the top sheet becomes skewed, the robots will often pick up two sheets and that can plug-up the system.

Veneer’s “Core quality” is also extremely important. The cycle time of the robots can typically easily keep up with the core layers, so the wider the core, the higher the production numbers. If you were to feed horse blankets through the system, there is a good chance you would reach the speed limitations of the robots. 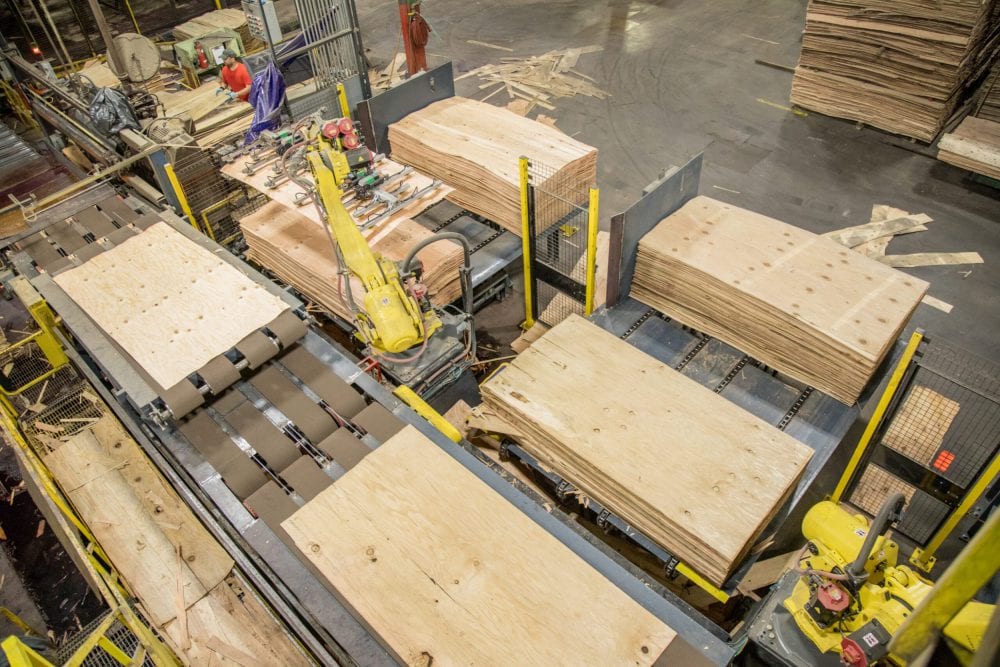 An important note on this project is that the robots were not specified to replace people. The robots were designed to simplify the process and replace inefficient equipment. In this regard, the project was a complete success.