Freres Lumber Company operates within federally held forests and, as such, is affected by federal rules and regulations regarding timber harvesting. It’s a complicated issue with many facets that affect our business and the communities where we live. Recently the debate has been reignited within our state’s borders, making this a topical issue to reexamine. 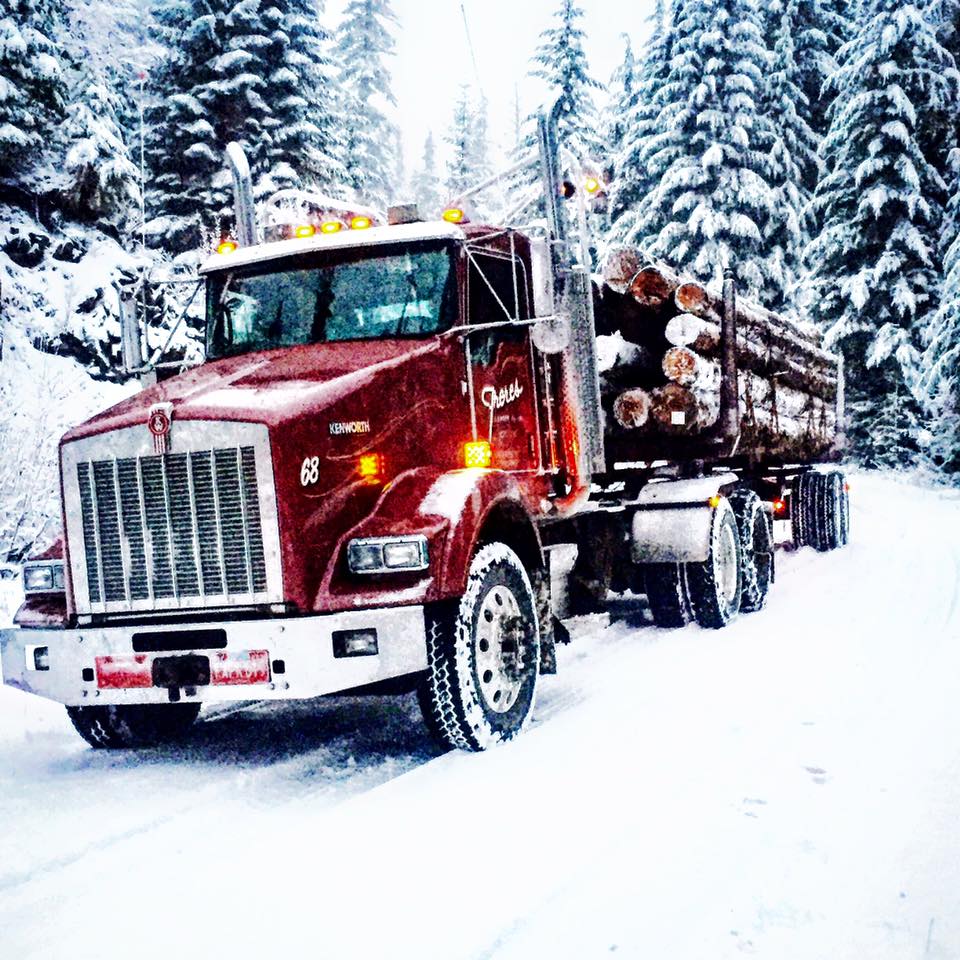 According to the Oregon Forest Resources Institute (OFRI), the Federal government owns and controls 60% of all forestland acreage within our State. The State of Oregon owns an additional 4% of the forestland acreage. The remaining 36% is divided among large private landowners (20%), small private (14%), and tribal lands (2%). Like most of the Western States, Oregon has far greater federal ownership than any state east of the Mississippi. What benefit does Oregon receive from the disproportionate government ownership?

Most federal lands, beyond wilderness areas and wildlife refuges, have a multiple-use mandate to provide economic income for the counties in which the lands are located, conservation, recreation, and tourism. Within the multiple-use mandate traditional land uses such as grazing, timber production, and mining still provide significant economic benefit to the state, although much less than historical contributions. Historically, the timber harvest tax provided income to rural counties in which the harvest occurred. Pre-1989 was a prosperous time for rural communities when the average annual level was over 8 billion board feet annually. Between 1989 and 1995 harvest on federal land dropped about 90 percent due mainly to environmental litigation and an increased federal emphasis on conservation. Since 1995 timber harvest levels have averaged closer to 4.2 billion board feet, almost half of the historical average. Losing the timber volume not only resulted in jobs lost within the forest products industry, but it also meant that our rural communities lost all timber harvest tax dollars that went directly to public services in their communities. Congress understood this, for a time and approved the County Payments Program as a county welfare payment to make up for the counties’ lost income and jobs.

So, with Oregon’s largest landowner abdicating responsibility for managing the lands in their trust, where does the timber for the forest products sector come from? Large private owners and small private owners account for 78% of all Oregon timber harvest on the 34% of the forestlands they own and control. In comparison, the 60% of Oregon forests in federal hands only produces 13% of timber harvested in the state. Private landowners have done what they can to fill the gap left by the Federal government, but considering the drop in harvest from historical levels, only the Federal government can make up the difference for rural communities.

Interestingly, the different management techniques currently used by each of the landowner groups in Oregon, the Federal government and private owners in particular, has created a large scale experiment that illustrates the long-term effects between the hands-off perspective of the Federal government and the forest management techniques of private landowners. The following chart is taken from OFRI’s Forest Facts and Figures 2015-2016. 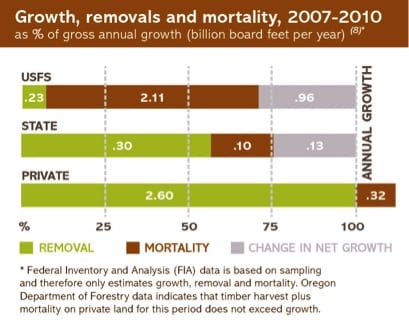 The USFS lost almost as much timber over the period due to mortality as is harvested by private landowners from their lands! Private landowners are managing their lands on a sustained yield basis, in other words, they harvest only what is grown during the period, while the Federal and State lands have declining growth rates! The Federal government stops harvesting and there is still fire, there is still disease, there is still bug kill, and there is still mortality. In the process we have robbed our rural communities of any chance of making a living in the counties that are predominantly federally owned.

Our forestland does not suffer from active forest management; it thrives. Our rural communities are feeling the burn of lost jobs, lost opportunity, and lost community services. The State and Federal governments have always been mandated to provide for the economic welfare of Oregonians while also protecting our natural spaces. Unfortunately, we have left our rural communities behind. We need support from the public to reestablish a balanced approach to our land.