It only took one tree to ignite the Whitewater Fire near Mt. Jefferson. On July 23rd lightning-struck a tree that fell to the ground and a month later over 13,000 acres have burned inside and out of the Federally designated Wilderness area. It’s a costly venture to protect our forests, with nearly $12,000,000 spent on fires suppression since its inception.

Freres Timber, Inc. owns 1,400 acres within a mile of this fire. Strong east winds could cause devastating damage to our timber and the U.S. Forest Service has granted permission to remove “hazardous fuels” from our firebreak. 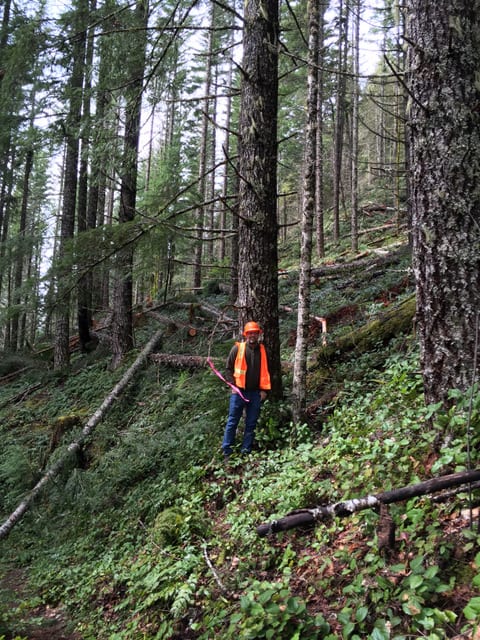 A collaborative effort was made to preserve Oregon’s tremendous resource from destruction. Freres personnel and our contractors cut a 75- to 100-foot firebreak along roads and property lines in an effort to assist firefighters containing the blaze.

Contractors Bob Ward and Cory Callsen have valiantly contributed as much as 32 consecutive hours on two separate occasions to combat this fire.

Our days began at 2 a.m., with more than 100 log truckloads being shipped in three days, and the Freres family want to extend our heartfelt gratitude to everyone who generously put their time and energy into protecting our timberland during this time of need. There are too many heroes to recognize.

After reassessing the damage this fire, as well as previous ones, have caused, I contacted Congressman Schrader and Walden, and Senator Wyden to express our view that Oregon’s firefighting policies in statutory wilderness areas need to be changed. It is our belief that all means necessary should be allowed to fight fires in wilderness areas to curtail the size and cost of future wildfires.

The fire caused by the Whitewater lightning strike ignited four weeks before firefighters were called in to work it. With better policies in place, the fire could have been addressed well before it required the multimillion-dollar response it now requires.

Click on these links compiled by Oregon Forest Resources Institute for more information on this topic.

Barnum: Forest management key to addressing wildfires (Register Guard)
There is increasing public understanding of the role of active forest management in the dry, fire-adapted forests of Eastern and Southwest Oregon. These are forests that historically saw frequent low-intensity fire that took out the underbrush while the thick-barked Ponderosa pines survived. But by suppressing fire, we have not allowed it to function naturally, causing forest density to increase to unnatural, unhealthy conditions.

Oregon wildfire fallout a sign of seasons to come (The Oregonian)
Oregonians should get used to some version of this summer’s conditions, says John Bailey, a professor at Oregon State University’s College of Forestry. Forestlands in the Pacific Northwest, particularly federally managed forests, are a veritable tinderbox. That’s the result, he said, of a decades-long public policy of aggressive fire suppression. Coupled with environmental limits on logging and thinning work in the past three decades, and air quality standards that limit prescribed burning, big fires are inevitable.

Don’t lose focus when the smoke clears: Editorial (The Oregonian)
The U.S. Forest Service and the Bureau of Land Management try more often to let fires burn themselves out if they’re far from civilization. But for forests near communities, we can no longer delay on the work needed to make them safer. There will be the knee-jerk cries of “They want to clear-cut!” Or, the assumption that any restoration efforts in federal forests are power plays by loggers. But without better forest management, we risk losing more of our beloved natural areas every year.

Editorial: Let’s take steps to minimize future fires (Portland Tribune)
Wildfires are nothing new for the Northwest, but climate change has lengthened the fire season while conditions fueling out-of-control conflagrations have not been addressed. The protracted summertime drought brings greater insect infestation, which in turn weakens the forest’s resistance to fire. Adding to those risk factors is a recent history of aggressive fire suppression and a lack of smart forest management, particularly on federal lands.